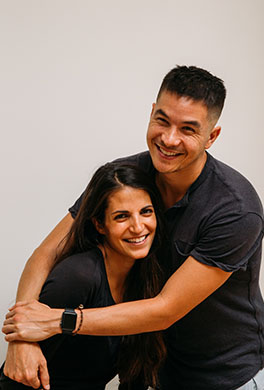 Dr. Murray Bowen (b. 1913 – d. 1990) was a psychiatrist and professor of psychiatry at Georgetown University in Washington, DC. He was one of the pioneers of family systems theory.

A Search for Scientific Understanding

Early in his career as a psychoanalyst, Bowen sought to understand human behavior and functioning in a way that would be more scientific and objective than the prevailing views of his time. He thought that the basic principles governing the behavior of other life forms must also govern human functioning.

As such, Bowen family systems theory (or Bowen theory) views human beings as part of the natural world of living organisms. And though Bowen worked professionally in the field of psychiatry, he wanted his theory to help understand human behavior in all areas of life. He developed his theory of human functioning from years of clinical work with individuals and families, as well as from research, in which he tested and refined his ideas about how symptoms are related to the functioning of the larger family field.

In the late 1940’s early 1950’s, Bowen began to hypothesize the functioning of schizophrenic and alcoholic patients was related to interactions with other members of their families. He then clinically extended this idea at NIMH in the mid 1950’s where he first hospitalized mothers and daughters having schizophrenia discovering the family was an emotional unit. After that new understanding he then hospitalized intact families to explore this further. He pursued this hypothesis in a research project funded by the National Institute of Mental Health (NIMH) hospitalizing families with a schizophrenic family member. Studies on schizophrenia are what was being funded at this time. This allowed him to move from a conceptualization of schizophrenia as an individual problem (i.e. having its roots in one person) to seeing schizophrenia as something to do with the mother-child relationship on to concluding that schizophrenia was related to the functioning of the whole family unit. Without blaming the family for the schizophrenia, he began to articulate a theory that described how the social existence of human beings, in family groups, affects the functioning of each individual member across the spectrum of healthy and symptomatic behavior. Bowen had a small research project on alcoholism at NIMH and there was no difference in the findings with this symptom. It was during the NIMH years that Bowen developed a method of family psychotherapy to accompany the theory of the family as an emotional unit

In Bowen’s time, human functioning was seen primarily in terms of the individual’s behavior and psychology. Bowen, however, recognized that human family groups have evolved over millennia and that the human individual is primarily a social creature. As such, he believed individual behavior could be better understood in terms of the group—that is, arising from the dynamics of the larger family emotional and relationships systems.

Bowen’s theory appears to be consistent with modern scientific thinking about life. For example, when we consider ecosystems, we understand that one organism can only be understood in terms of its relationship to other organisms in that system. We also understand molecular activity, chemical processes, and the motion of planets in this interdependent, interactive way. Yet a similarly systemic view of human functioning has been remarkably hard to achieve.

The Individual in the System

Bowen theory starts with the premise that the family context must be the basic unit of study for understanding human beings. After years of observing family interactions, Bowen became aware that individual behavior often seemed determined less by individual choice and more by the individual’s relationship context, by the shifting flow of anxiety and emotionality between and among family members. He thought that each family member actually derives his or her identity largely from involvement within the family relationship system.

Based on these observations, Bowen concluded that the ability to change individual behavior first required gaining awareness of how the individual’s choices are affected by current and historical family behavior. In this view, “family” would include the immediate people with whom the individual lives, the extended family of relatives and friends, including prior generations, as well as the community at large. In short, we come to know ourselves by knowing our families. 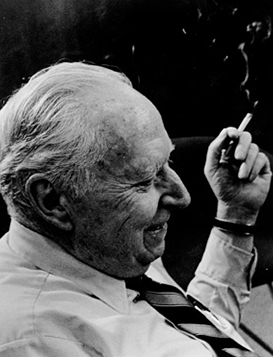 Bowen theory is both remarkably simple and elegant, and yet takes years of study. The Western Pennsylvania Family Center is dedicated to that ongoing study and offers a variety of ways for learners to grapple with Dr. Bowen’s considerable legacy: workshops, lectures, and conferences, formal training and education in Bowen theory, and coaching and consultation services for individuals, groups, and organizations. The Center encourages continuing research in and further growth in family systems theory, especially as the theory applies to those serving families in educational, medical, clinical, religious, business, and social service settings.

Today, Bowen family systems theory is used by mental health practitioners, physicians and other medical workers, clergy, organizational consultants, teachers, and other professional working with families. It is used as well by non- professionals who just want to better understand their own functioning in the context of their own family, workplace and community relationships.