Linn Pittman: Goodbye and Thank You

WPFC, founded as an educational center for those interested in learning a theory about how families and organizations work, operates with the tenets of Bowen systems theory in paying attention to relationships, in thinking and managing self in ways that show the principles of the theory in action.

While there were six founders of the Center, there have been many, many contributors to the Center’s success. Most contributors are volunteers who recognize the good ideas in the theory and want to support their dissemination. Volunteers do their work quietly, not seeking recognition and taking satisfaction in the good that comes from these efforts. 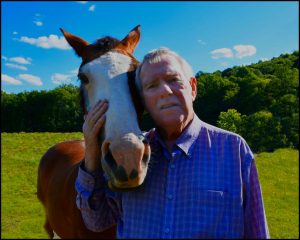 One of those volunteers was Linn Pittman, who died on October 6, 2020.  He was a quiet fellow, a videographer extraordinaire, and he had an eye for capturing the essence of theoretical concepts with his camera.   Heedless of the long drive home to Indiana that awaited him, Linn would stay late after Center events, dismantling the video equipment and returning the space to its everyday appearance.  He was always generous with his time given to the Family Center.

Linn produced many original videos of Dr. Bowen, Dr. Kerr, and others who came to Pittsburgh to support the Center’s work and to offer their expertise in understanding human behavior.  Linn videotaped lectures, clinical conferences, annual symposiums and fundraisers, and in that context he documented the history of the Center.  In doing this, he also got a solid base in the theory.  His contributions remain part of the Center’s AV library.

The remnants of polio left him single-handed as he lugged video equipment and laid cables, the equal of any TV or computer whiz.  I never heard a complaint.  His elegant photographs, taken at Polk Institute, graced the hallway at the Center.

Linn was familiar with life’s cruelties.  He spent a year in an iron lung as a child, separated from his family and staring for hours at the same walls and ceiling. Yet he grew up to be a renaissance man – loving the classics, able to speak in depth on philosophy, war time strategies, music, arts and history, and finding beauty in nature everywhere.

Linn wrestled with cardiomyopathy for many years, saying it made him depressed but never altered his determination.  His mind had a zest for life even if his energy failed him.   Linn and I moved from being professional volunteers at the same organization to being friends after my son died.  He stood beside me, a presence that gave me needed strength.  He knew death too, having lost his wife and unborn child early on and then his second wife later.  Rebirth was one of his subjects – every spring he photographed the reemergence of a skunk cabbage family in a creek near his home.  The family always came back, different but there, year after year.

I admired Linn as he made a special effort to know my husband and me.  When he visited, he spent equal time with each one of us, engaging in totally different conversations.  My husband valued him as a friend too and has his own sense of loss now that Linn is gone. 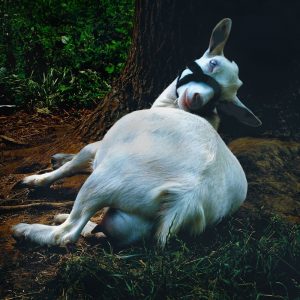 Linn and I exchanged photos, exchanged narratives about those and sent our most recent pictures as a way to be connected.  When Linn visited, all of us – Linn, my husband and I – would travel to local points of interest.  Each of us had a unique photographic eye, and it was fun to come upon a scene and know it would make for a great photograph.  At those times, we’d turn and smile at each other, knowing the other saw it too.  No words were needed.  I have an entire portfolio of his works.  I will miss those exchanges and the pleasure of his company.

Linn was a solid man, always interesting and unique, with a surprisingly naughty sense of humor. He was a cherished friend who made ordinary life more interesting.  His photographs will shine a light on who he was for generations to come.

11 Replies to “Linn Pittman: Goodbye and Thank You”